In the recent years, a street that was mainly known for Japanese food has emerged to a red light and entertainment district has emerged and stadily grown. It is next to Silom’s well known red light district Patpong. However, unlike Patpong, the main clientele visiting this street is Japanese men. It’s not that men from other nationalities are not welcome. But rather, the venues are set up the way that Japanese men prefer.

What is special about Thanon Thaniya?

This street doesn’t look like the other red light districts. There are no reddish neon lights or beer bars, that we know from Nana, Soi Cowboy or Sukhumvit area.

Video: Thanon Thaniya at night with its numerous karaoke and massage girls

When is it recommended to visit Thanon Thaniya?

Thanon Thaniya has comletely different faces during day- and nighttime. While during daytime, this street appears to be like a normal touristy area with plenty businesses, it transforms into a Japanese red light and entertainment district as soon as it gets dark.

Like other red light district of Bangkok like soi Cowboy and Nana, Thanon Thaniya has not much to offer to satisfy sexual lust and desire at daytime. Most massage venues and Karaoke bars are closed and only few girls are present. However, at nighttime, you will see hundreds of Girls lined up, standing or sitting on chairs at sidewalks of the street with mamasan’s trying to palm you off with one of the pretty girls.

Thus, it’s recoomended to visit this street at nighttime, for you can pick a massage lady waiting on the street, who can lead you to the hidden massage shops that are hard to find during daytime.

What kind of Girls can be found at Thanon Thaniya?

As for the girls, they are mostly firm, white, have a Chinese-Thai looks – The way Japanese men prefer it. Some groups of girls wear a sexy uniform, dressed up as school girl, maid or geisha. Most girls speak Japanese  and are used to Japanese man, their sense of humor and customs. Some of them never had experience with Western men. However, they speak english as well.

As Japanese men are known to tip the girls quite well, many girls only go with Japanese men.  Nevertheless, Western men are welcomed at these venues as well. They just don’t prefer these places.

Can I come alone and have a nice time at Thanon Thaniya?

If your goal is only to get a special massage ( i.e. massage followed by sex), then it’s totally fine to show up alone and have a nice time with one of the numerous pretty massage girls at Thanon Thaniya.

However, if you wish to have some drinks, hang out with girls, have a conversation and want to be entertained, then you will need to go to the karaoke places here. Keep in mind that you will have to pay for everything. You pay the mamasan, you pay for the karaoke room, for the obligatory snacks and drinks and also for the girl who is accompanying you. in some of the venues,  each karaoke room that you occupy has a minimum number of girls that you ‘rent’.

In other words, you can’t just rent a karaoke room only for yourself and one girl. Thus, it is highly recommended to show up in a group, such that these fixed costs will be shared. Of course each person also has to pay for his own part and the girl that has been assigned to him as well.

Moreover, coming alone seems to be a bit odd here, as karaoke bars are known to be places to in Japan to socialize in a group. Can I have Sex with Karaoke Girls?

Certainly, you can take any girl from karaoke places to your room. It’s common, but nobody will push you to do so. You will have to pay a barfine of about 1000 THB and pay about 2000-4000 for short time, depending on the girl. Long time with a girl from a karoke bar starts at 5000-7000 THB.

Apparently, these prices are much higher than what you pay at other red light districts. However, Japanese men like this setup and the treatment they get at Thanon Thaniya in such, that they are willing to pay these rates. This is also one of the reasons, why you won’t encounter many Western foreigners here.

How can i get to Thanon Thaniya?

Thanin Thaniya is located in Bangkok’s central business district Silom. It adjacent to BTS station Sala Daeng and is a 2 minute walk from MRT Silom Station. Check the map below.

Alternatively, you can chose from more than 500 escort girls from Smooci app. 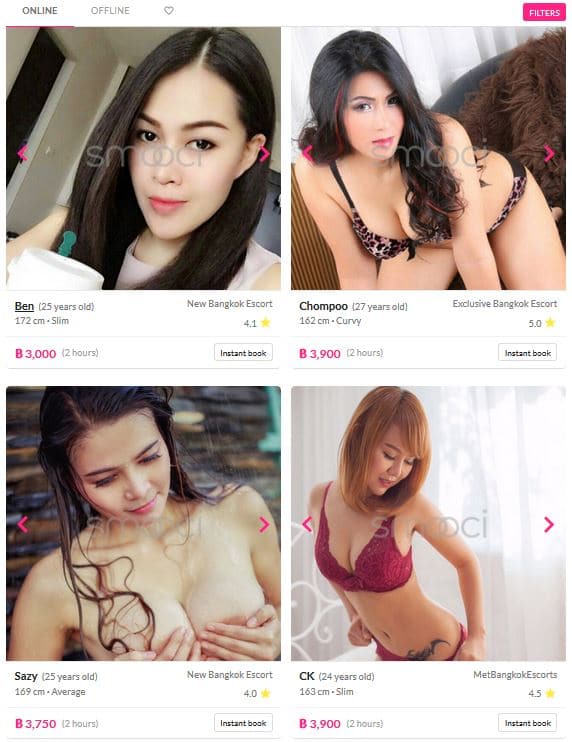